Summary:
"The goal of this study was to evaluate the needs of the people and to determine which relocation option is best for expansion and development of the City." 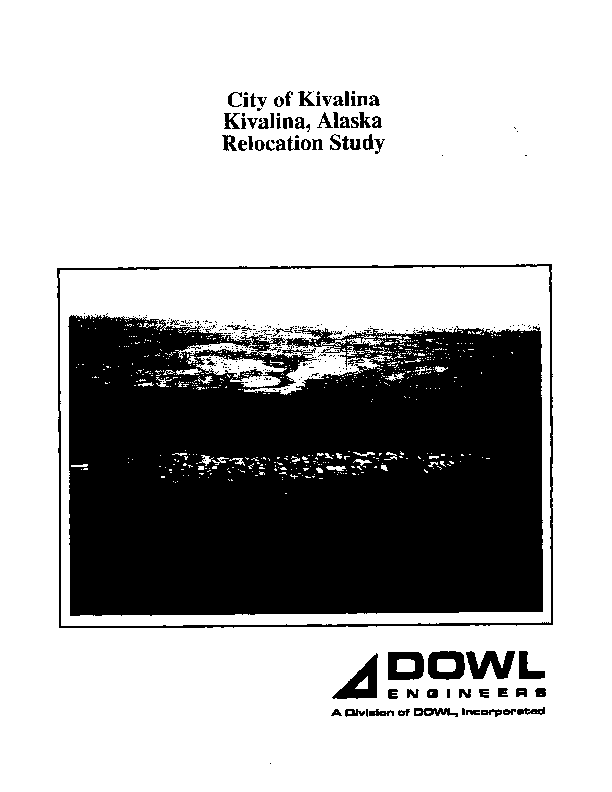 With funding from the Alaska Department of Community and Regional Affairs (DCRA), the City contracted with DOWL Engineers “to determine the best solution [to]… problems result[ing] from expansion of the City being limited on three sides by water and on the fourth side by the airport.” These problems ranged from overcrowding, inadequate sewage, lack of running water that all contribute to “an extremely high instance of communicable diseases and other health problems.”  The report cites examples “where 16 people were living in a 900 square foot home.”

The study sought to “evaluate the needs of the people and determine which relocation option is best for expansion and development of the City,” for it was “believed that relief from overcrowding and an improvement of the sanitation conditions will improve the quality of life and improve the general health of the population.” The study also cited the annual exposure to storm surges in late summer or fall and the persistence of erosion especially on the lagoon side of the island (pp.  2-3). The study focused on four basic options for the future of Kivalina ranging from making modifications adjacent to the current site, expanding the village to the south with a bridge across the channel, or moving the City to a new location.

Through a series of public meetings, eight sites “were selected for consideration,” then visited by contractors who conducted preliminary evaluations of soil conditions and topography (pp. 4-5).  The report also notes that while all sites were evaluated, several were most highly favored.  In early 1994, the draft DOWL report was presented in a public meeting in Kivalina, where participants confirmed their preference for relocating to a site 2.5 miles up the Wulik River called Kuugrauq.  By fall of that year, however, it became clear that “land ownership problems” at that site could not be resolved (pp. 24) and the contractors recommended further consideration of the second ranked site, just two miles up the Wulik, at Igrugaivik.  DOWL estimated relocation costs to be in the ballpark of $50 million and outlined a range of next steps for continuing the planning process. 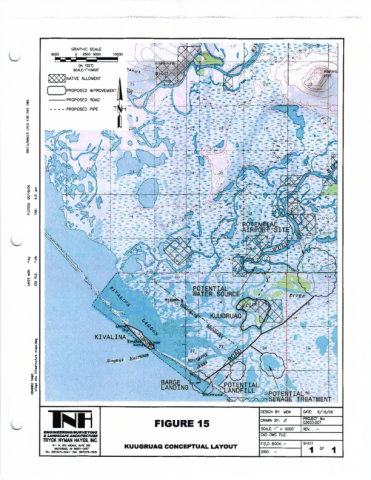 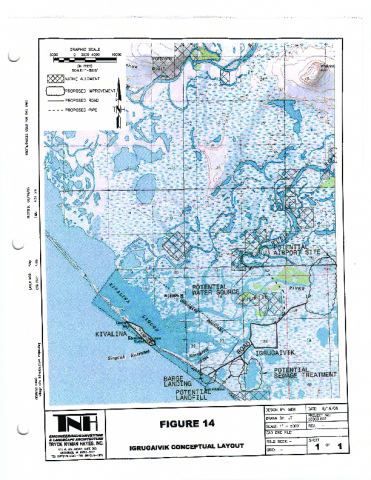 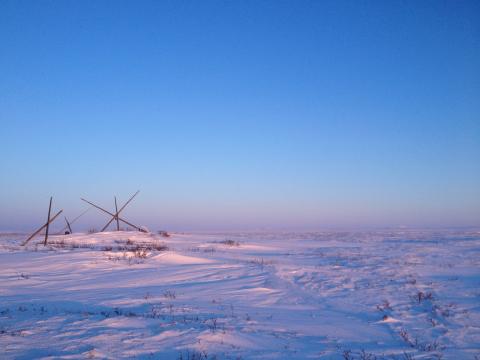